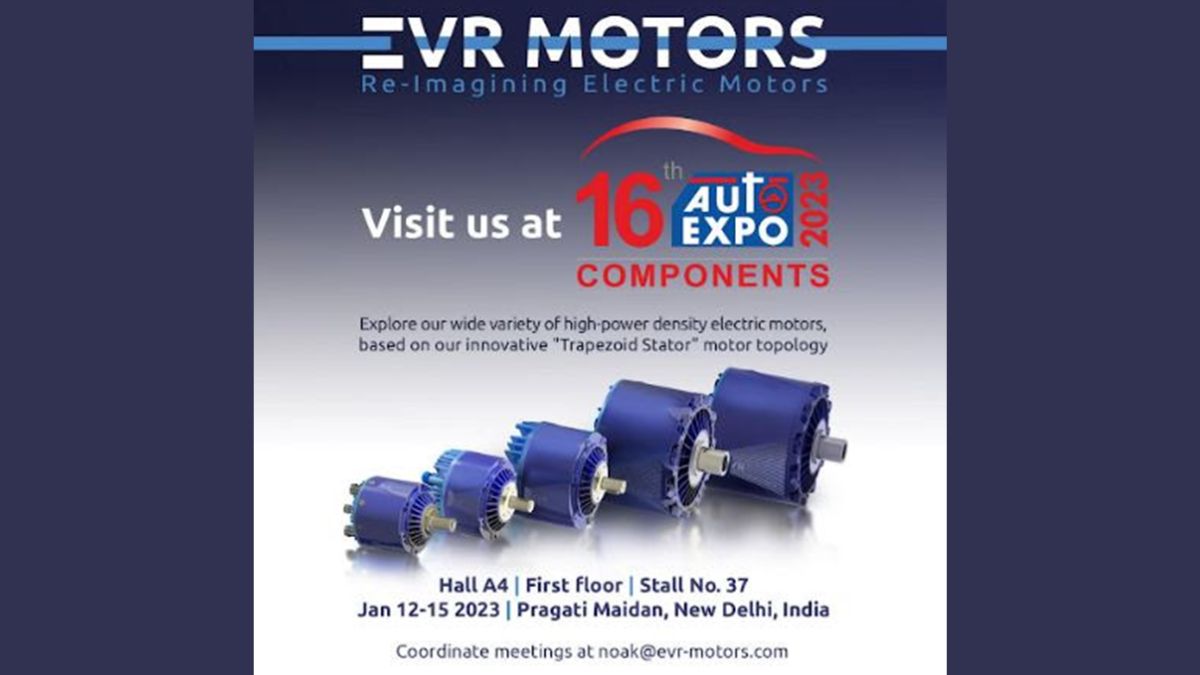 EVR motors has developed a unique, patented motor topology: The “Trapezoidal Stator” Radial Flux Permanent Magnet (TS-RFPM) Motor. Compared to standard motors, EVR’s electric motors are 30%-50% lighter and smaller, cost significantly less and can be tailored to user requirements. EVR’s first motors were designed for 2-wheelers and 3-wheelers and are suited for a wide range of additional applications.

EVR will now showcase the new developments of various motors for multiple mobility applications. These include Light Commercial Vehicles (LCVs), e-buses and previous developments for 2-wheelers and 3-wheelers.

This will enable OEMs to make the transition towards electric mobility easier and faster since motors can be tailored for a wide variety of requirements and enable multiple variations based on similar design and tooling: Different sizes and power, internal or external rotor, voltage ranging from 48V to 800V, air or liquid cooling, etc.

Opher Doron, CEO of EVR Motors,” We are excited to showcase our expanding line of electric motors at the Auto Expo. In the past year, we have signed several commercial contracts with Indian manufacturers, and we expect to see multiple motor versions on the road during 2023. India is a focal point for our activity, combining a rapid shift towards electrification with an amazing industrial base. We are here to demonstrate our advanced technology to Vehicle Manufacturers.”

Israeli startup EVR Motors designs advanced electric motors to meet every customer’s specific requirement. The company’s electric motors are based on proprietary technology that reduces weight, volume, and cost relative to traditional state-of-the-art motors. EVR Motors partners with OEMs and Tier 1s interested in manufacturing superior e-motors and supports its partners through all phases, from motor design through prototyping to manufacturing preparation.

EVR is now developing a variety of motors suitable for most mobility and industrial applications in its facilities in Israel.

The company has been managed since 2019 by Opher Doron, who served in his previous position as the VP and General Manager of the Space Division at Israel Aerospace Industries and led the led IAI’s team in the design and build of SpaceIl’s Beresheet lunar lander, and during Israel’s breakthrough mission to the moon. Opher Doron was also responsible for developing, constructing, launching, and operating the aerospace industry’s communication and observation satellites for Israeli and foreign users.

EVR Motors was founded by its current president and COO, Eli Rozinsky, together with Victor Kislev and Ruslan Shabinski. The company’s chairman is Ophir Shoham, former Director of the Defense R&D Directorate at the Israeli Ministry of Defense (MAFAT), who manages Marius Nacht’s investments in high-tech.