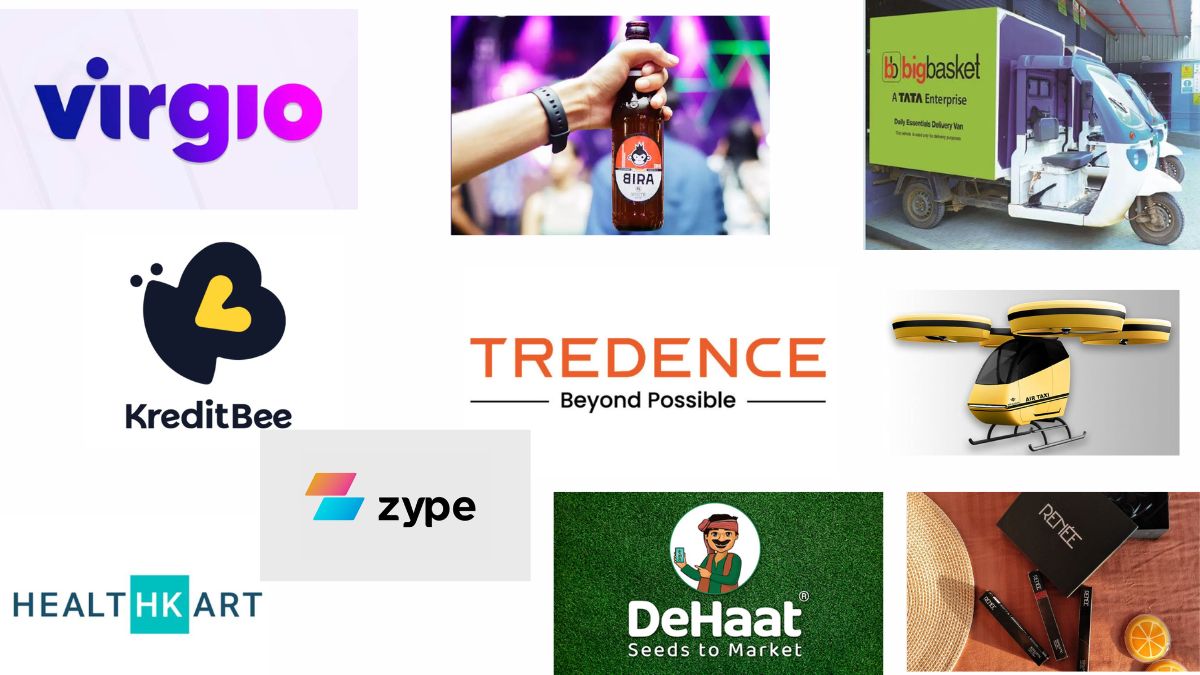 Bigbasket, an E-grocery player, has secured $200 million from parent Tata Digital which owns 64% of the company. This is Tata Digital’s fourth round of funding in Bigbasket. The company will use the fresh capital to expand the quick commerce vertical BB Now and use it as an expansion tool for core Bigbasket users as opposed to converting existing users to try the 30-minute delivery service, as per the report.

Data science and artificial intelligence (AI) service provider, Tredence has raised $175 million in Series B funding. Advent International led the round with participation from existing investor Chicago Pacific Founders. The San Jose-based company plans to use the funding to strengthen vertical capabilities, build on its growth momentum, and expand its customer base. As per the reports, “Advent will acquire a minority stake in Tredence with the $175 million investment.”

HealthKart, a nutrition products firm, has raised $135 million in a funding round led by Singaporean investor Temasek, with participation from homegrown venture capital firms A91 Partners and Kae Capital. The company use the series H round fund to promote its brands, increase offline distribution, expand international operations, and make acquisitions.

Bengaluru-based fintech startup KreditBee announced that it had raised $80 million as part of its ongoing Series D round from existing investors Motilal Oswal Alternates, TPG-backed NewQuest Capital Partners, Mirae Asset Ventures and Azim Premji’s Invest. The round also saw participation from MUFG Bank. The company will use the funds to diversify its product portfolio and strengthen its tech stack to cater to its platform’s over 400 million middle India population.

Agritech startup DeHaat has raised $60 million (around Rs 486 crore) from investors, including Temasek, to expand its business. The company offers end-to-end agricultural services to farmers. In a statement, DeHaat said, “it has raised $60 million in a new financing round.” Sofina Ventures and Temasek co-led the Series E funding, with other existing investors RTP Global Partners, Prosus Ventures and Lightrock India also participating in the round.

Bira 91, the premium beer company, said its parent had raised $70 million in Series D funding in a round led by Japanese beer company Kirin Holdings. The funds will be deployed to expand production capacity by commissioning new breweries and expanding Bira 91’s existing facilities. The company said the capital would also be utilised to increase the company’s distribution footprint across the country and internationally and further bolster its product development and innovation capabilities.

Indian air mobility startup Bumble Bee Flights on Tuesday said it had raised $37 million from U.K.-based technology conglomerate SRAM & MRAM Technologies and Resources. The Bengaluru-based company was founded earlier this year by serial entrepreneur Arjun Das, who previously co-founded the video analytics platform Nymo Technologies. With the new funds, the company aims to set up an assembly plant in the east Indian state of Odisha to manufacture air taxis. The company plans to launch its prototype by April 2023 and expects certified models to be available for production by 2024.

Virgio, an Indian fashion tech startup, raised US$37M in Series A funding. Prosus Ventures, Accel and Alpha Wave led the round. The company use the funds to further its technology development and hiring efforts. Led by Founder and CEO Amar Nagaram platform will allow designers to access consumer preferences in real time. It also envisions a tech-led network of factories that enable designers to quickly build prototypes, scale up production and get consumer feedback. The app will use the latest mobile app technologies to showcase these trends and styles in an interactive mode, bringing online shopping to consumers.

Ahmedabad-based makeup brand Renee Cosmetics raised $25 million in Series B funding. The round was led by Evolvence India and also saw participation from Edelweiss Group and existing investors 9Unicorns and Equanimity. With this funding, the company is moving towards building RENEE Cosmetics, a globally-recognised Indian beauty brand. This also led to creating a $100 million valuation for the brand in a little over two years of operations, including a total of $35 million across three rounds of funding, RENEE Cosmetics said in a statement.

Zype a new-age fintech platform has secured Rs 146 crore ($17.6 million) in a new round. The round was led by private equity fund Xponentia Capital a Mumbai-based company. The round also saw participation from a BFSI sector veteran, Vivek Vig. Zype plans to use the funds to expand the team, build its technology platform, and acquire customers, the company said in a press release.